Skip to content
Homepage > News > Winston Churchill, decision maker – the lessons of the War Rooms
Back to the News list

As part of a partnership with Premier Cercle, an independent research company specialising in the organisation of economic, financial and technological conferences, Accuracy gave a speech on October 8, 2008 at the British Embassy during a breakfast debate on the theme of: “Winston Churchill, decision maker – the lessons of the War Rooms.”

As strategic and tactical centres used to organise resistance to German attacks during the Second World War, Winston Churchill’s War Rooms were a strong factor behind the Allied victory.

Since then, this concept has been adopted and widely used in the corporate world.

Companies such as Accuracy or Arsene make day-to-day use of a modern version of the “War Room” in the business world by pooling key information during corporate acquisitions and disposals, dispute resolution, economic difficulties or structural problems, sharing this information in a single location and for a limited period of time.

Frédéric Duponchel, (Accuracy’s Managing Director), spoke on the subject along with a number of other speakers including: 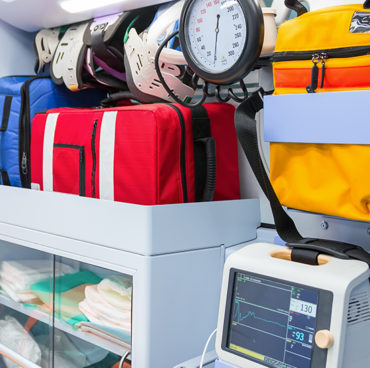 Accuracy advised Protect Medical, the holding company set up by Borromin Capital Fund IV in June 2019 to acquire Söhngen Group (Söhngen), on the acquisition of Spencer Italia S.r.l. (Spencer) on 17th April 2020. With this, Protect Medical is following its strategy to b...